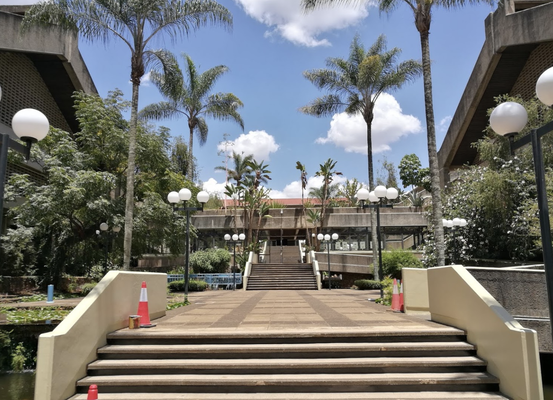 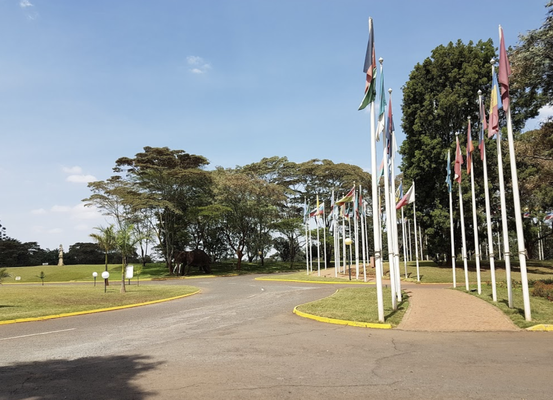 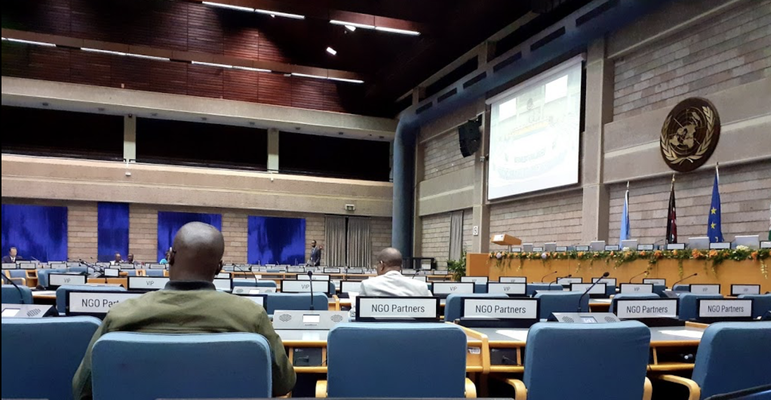 The United Nations Office at Nairobi (UNON) is one of four major United Nations office sites where numerous different UN agencies have a joint presence. Established in 1996, it is the UN's headquarters in Africa.

In November 2004, the United Nations Security Council held a rare session at Nairobi to discuss the takeover of southern and western Sudan. The meeting was convened at the urging of then-Ambassador John Danforth of the United States.

The complex of buildings is located next to the Karura Forest in the Gigiri district of Nairobi, along United Nations Avenue. It stands across the street from the US Embassy in Kenya.

The office complex can also be visited by the public, in the form of pre-booked, guided tours, provided by the UN Visitors' Service of Nairobi. Anyone interested has the opportunity to book a tour, during which one can learn about the history and work of the UN, while also getting an opportunity to see the offices, including the above mentioned green building. Tours are available during office hours each day, in various languages (e.g. English, Chinese, German, French, Kiswahili).